What is Compartment Syndrome? 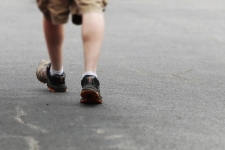 Compartments are groups of muscles, blood vessels, and nerves in your arms and legs. There is a tough membrane, known as a fascia, that covers these tissues – the fascia doesn’t stretch or expand easily as its main purpose is to hold the tissues in place. For instance, the area between the knee and ankle has four major muscle compartments. Compartment syndrome is most often seen in the calf. However, it can also occur in the other compartments of the lower extremity, as well as in the feet, buttocks, arms, and hands.

Compartment syndrome occurs when there’s swelling or bleeding within a particular compartment. Since the fascia doesn’t stretch, the additional pressure caused by the swelling and bleeding places a great amount of stress on the muscles, nerves, and blood vessels within the compartment. This, in turn, disrupts the blood flow to the area and, without a steady flow of oxygen and nutrients; the tissues can suffer extensive damage.

Signs and Symptoms of Compartment Syndrome

Acute compartment syndrome brings with it extreme pain (more so than what would be expected from the injury itself), especially with the affected muscle area is stretched. Tingling and burning sensations may be felt on the overlying skin, and the muscle may feel very tight or “full”. Numbness and paralysis are late signs of compartment syndrome and typically indicate that permanent tissue injury has occurred.

Chronic compartment syndrome most often occurs in the leg and tends to cause pain or cramping during exercise. Numbness, visible muscle bulging, and difficulty moving the foot are also signs of this ailment.

If you are diagnosed with chronic compartment syndrome (which would occur as your doctor works to determine the cause of your pain by ruling out other conditions that could be causing your pain) there are both non-surgical and surgical treatment options. However, surgery for chronic compartment syndrome isn’t typically an emergency – instead, it’s an elective procedure.

The physicians here at Prairie Orthopaedic & Plastic Surgery, PC – Dr. Hurlbut, Dr. Machado, and Dr. Krejci – are extremely skilled in their areas of expertise, and have extensive knowledge and experience in the diagnosis and treatment of compartment syndrome, be it acute or chronic. Regardless of the situation, always know that we’re here to help!